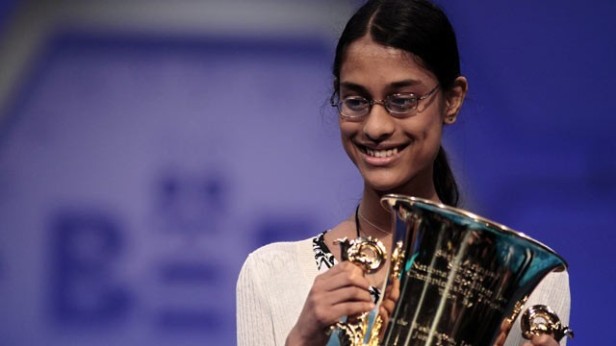 She is from South Abington,Penn.  She took place as the winner and spelled the winner word. Her word was cymotrichous which relates to wavy hair, and I have the red squiggly lines under the word. My computer dictionary does not recognize the word. It needs an upgrade of words. However, who uses that word, we could easily say wavy hair for short instead of using cymotrichous, which can confuse people.

More confusion are the names of the contestants, most of them were Asian American who’s family are from India or other foreign countries.  Some of their names are hard  to spell, I think that’s why they join the Spelling Bee Competition because of their names if it is hard to spell they could entered a spelling bee competition and spell harder words.

For the person who won the competition get’s a good gift basket of goodies and the rest probably some party gifts, and the chance to try again next y-e-a-r.