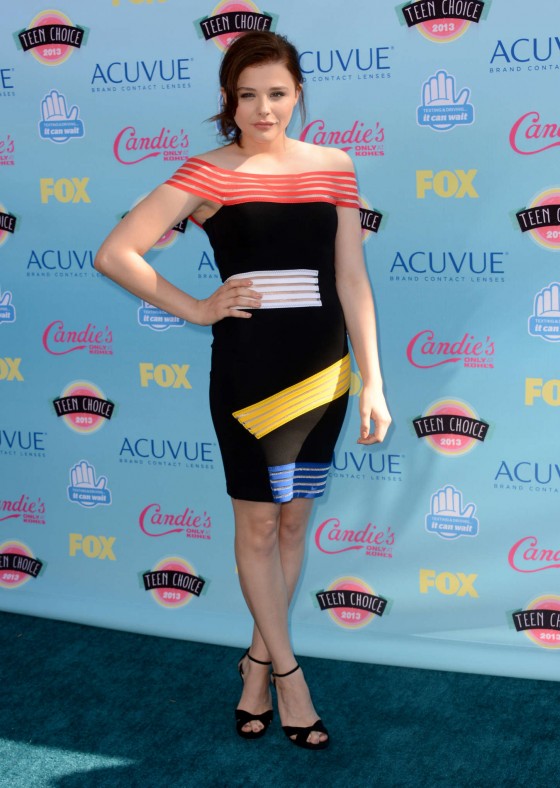 She started acting when her brother, Trevor was accepted into Professional Performing Arts School, which is what first drew her interest in acting. Moretz would help Trevor read lines, and when she read the lines, she would remember it and use in one of auditions to get roles. Now she and brother are both actors. Her brother, Trevor is her acting coach and accompanies her on trips and press dates when her parents could not make it from Cartersville, Georgia to New York in 2002.

Moretz’s first role in Hollywood was as Violet in two episodes of the series The Guardian, and her first movie role was as Molly in Heart of the Beholder. It was not until her second big-screen acting role, in the 2005 remake of The Amityville Horror that she earned greater recognition in the form of a Young Artist Award nomination. After Amityville, Moretz’s acting career progressed further when she received several guest-starring roles on TV, as well as a small role in Big Momma’s House 2. Among the most notable of her TV roles to date are as the recurring characters Kiki George in Dirty Sexy Money, and Sherri Maltby in Desperate Housewives. Moretz also voiced the U.S. version of the animated character Darby in My Friends Tigger & Pooh. Moretz also co-starred as Cammie, an abused child, in The Poker House alongside Selma Blair and Jennifer Lawrence. After her first film premiere in The Amityville Horror, she has been a frequent guest at film premieres.

The story of Kick-Ass 2 and the events of the first film, other people don masks and begin to fight crime. One of these, Col. Stars and Stripes, forms a team and asks Kick-Ass to join them. Meanwhile, Hit-Girl’s choice to “retire” and try to have a normal life as a schoolgirl backfire when Red Mist is reborn as The MotherF and plans to create a super-villain army to exact revenge on Kick-Ass for his father’s death. The superheroes face threats from their allies and get thrown into prison for wearing a mask.

In 2010, Moretz appeared as Hit-Girl in director Matthew Vaughn’s action film Kick-Ass, based on the graphic novel of the same name by Mark Millar and John Romita, Jr. Despite controversy surrounding her role in the violent film, she received widespread critical acclaim for her portrayal. Roger Ebert gave the movie one out of four stars, but nonetheless wrote: “Say what you will about her character, but Chloë Grace Moretz has presence and appeal.” Moretz trained with Jackie Chan’s stunt crew for three months prior to filming Kick-Ass and did most of her own stunts while filming on location.

In 2012, she returned to do a sequel of Kick-Ass 2 coming out on August 16, 2013.  More controversy of the film comes out when Jim Carry in his Twitter account withdrew support for the film on account of the violence in the film and the Sandy Hook massacre. Carrey tweeted “I did Kick-Ass a month before Sandy Hook and now in all good conscience I cannot support that level of violence. My apologies to others involved with the film. I am not ashamed of it but recent events have caused a change in my heart.”  The fans of Kick-Ass would want to see it, regards to Jim Carrey rants of Kick – Ass 2.

In an interview for The Sun, Chloë Grace Moretz says that “It’s a movie. If you are going to believe and be affected by an action film, you shouldn’t go to see “Pocahontas” because you are going to think you are a Disney princess. If you are that easily swayed, you might see “The Silence of the Lambs” and think you are a serial killer. It’s a movie and it’s fake, and I’ve known that since I was a kid… I don’t want to run around trying to kill people and cuss. If anything, these movies teach you what not to do.” In other words: Do not try this at home.

What’s next for her, she would really want to be cast in the next Star Wars film.  Coming out in October she is doing a remake of Carrie.  She doing a new film with Denzel Washington in “The Equalizer” will be coming soon.