In the summer of 2009, a student stayed in Mary Reynolds Babcock Hall in Winston Salem, North Carolina.  Many students have reported that the Hall is haunted. 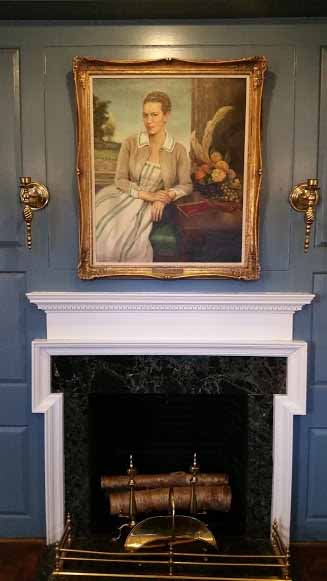 A large painting of  Mary Babcock stands near the entrance of the doors.

The story goes, if you are polite and say hello to the painting. The ghost of Mary would not bother you.

Unfortunately, an hour later, while walking the down the stairs, one student fell for no reason and sustained a broken leg. The student even witnesses the accident.

“My own experience came about a week, in the middle of the night. We always left the doors to our rooms open because the dorm had no AC and it was cooler with the doors open. I woke up in the middle of the night to use the bathroom, and as I sat up in bed. I noticed a figure moving past the door. I saw it as it had almost passed the door and all I saw the back end and tail of a long dress, very old-timey looking gown. I stepped into the hallway to investigate, but I saw nothing. I did, however, feel a cold breeze in the hallway which was unusual because usually, it was so hot. It was tough to sleep.”

If you ever are Winston Salem, definitely take the ghost tour of the university, you will not be disappointed.