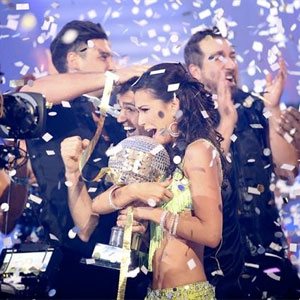 Tony Dovolani, the Kosovo-born dancer has been a fan favorite since season twoand best finish was in third place.  He did not go far since he was team up with Kate Gosselin. We all know what happened, she humiliated Tony on TV and that wasn’t nice of her to do and her reputation of her career is stumbling down. If she did apologizes to Tony, I do not care her. But I am happy that Tony and Melissa won, that was excited.