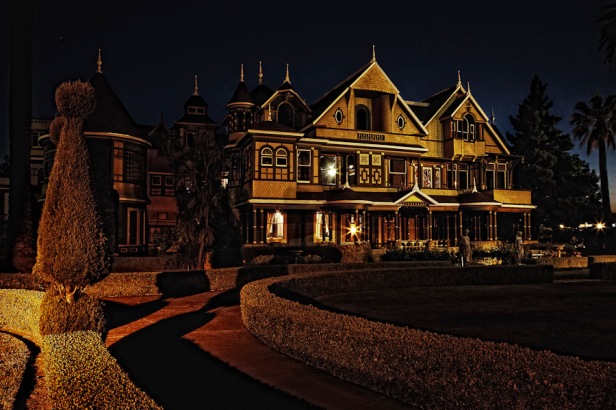 In 1862, William Wirt Winchester and Sarah Lockwood Pardee were married, and they built a beautiful and massive house with 2000 doors, 47 stairways, 47 fireplaces, six kitchens, 10,000 windows and many bathrooms. Only to confuse the ghost and evil spirits, that enters the house and not able to find her. And it is a funhouse too; it had secret passages, stairs that go nowhere, and doors that open into walls and windows that open to rooms. So, if you need to go to the bathroom, you might end up with a brick wall. 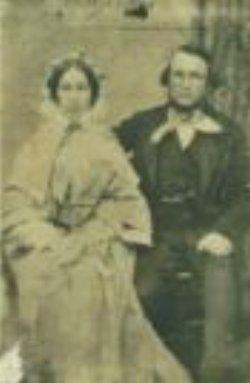 In 1906 an earthquake damaged the house, the widow boarded up many of the rooms, and it’s believed that the new discovery might be one such chamber. Some of the rooms are being discovered today. 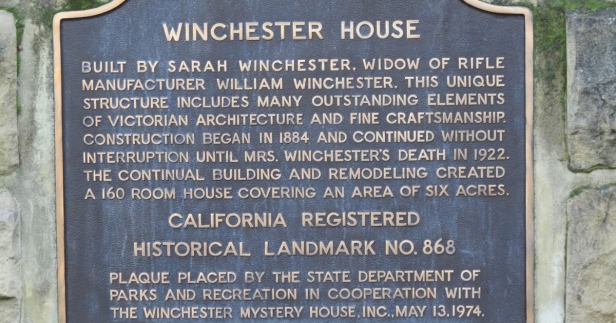 In 1886, Sarah bought the property and continued with the construction of the Winchester Mystery House, until her death in 1922.

They had one child together, Annie, who died just over a month after she was born. William’s father died in 1880 and William died in 1881, leaving Sarah as the heir to their $20 million rifle fortune. In 2018 dollars, that equates to more than $450 million.

There are various theories as to why she continued working on the house for so long, but one of the most popular involves her interest in spiritualism. According to one legend, Sarah believed that her daughter and husband’s untimely deaths were retribution for all the people killed by Winchester rifles, especially after a medium told her that her blood fortune was cursed. Espousers of this theory believe that she made the house so large so there would be room enough for all the souls of Winchester victims; she also switched bedrooms within the house so any alleged ghosts would have a more difficult time finding her.

Sarah’s mysterious motivations for building it aside, the house is objectively nuts. Sarah didn’t hire anyone architect to oversee construction and added rooms and features haphazardly, so there are lots of weird elements to the house – staircases that lead to nowhere, doors that lead to nowhere, and windows that look into other rooms. It was seven stories tall and had more than 200 rooms before parts of it were destroyed in the San Francisco earthquake of 1906; it is currently four stories tall and has 160 rooms. At one point, Sarah actually built over another room that she’d forgotten was there, and according to legend, she could not actually find the house’s original eight rooms.

If ghosts are a thing, then the Winchester Mystery House would be the place for them to set up shop. The house’s official website claims that staff and visitors have experienced “strange phenomena,” and according to one tour guide, an apparition named Clyde often appears in the basement near the coal chute. Ghost Adventures filmed an episode at the house in 2011 and had some creepy encounters, and Janan Boehme has shared a handful of stories with the Bay Area newspaper Mercury News. The staff has reported seeing a spectral handyman fixing the fireplace and hearing a woman sigh near one of the bedrooms.

The house is open to the public; if you are in the San Jose area, you can explore the property around $40. And it’s great for parties too. If my birthday cake is missing, I am not coming back.