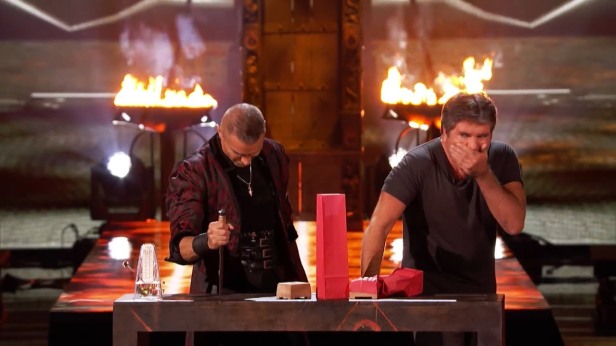 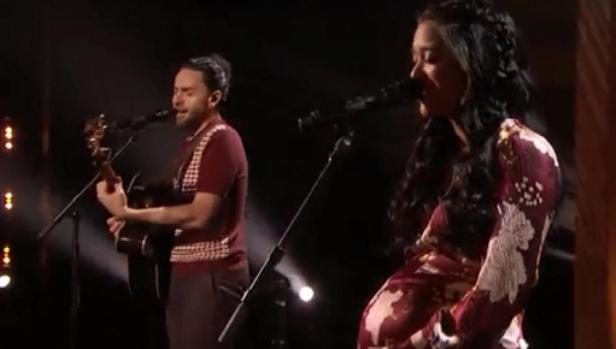 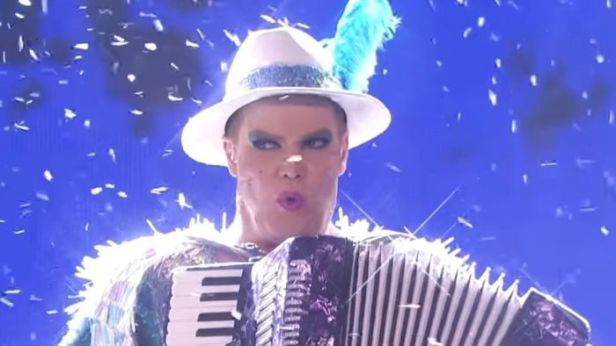 Us the Duo (above)  and Accordion Hans. Hans was a  fantastic performer, why do they have to pair him with Us the Duo, I swear this show is rigged.  They match contestants with the most votes and the least side by side in different categories. Us the Duo was saved, and Accordion Hans put a smile on his face as he left the stage. He’s a happy guy. If people get rejected for any reason, just put on a pleasant smile and leave. Accordion Hans will be remembered because he is rememberable.  He impresses the judges and America. 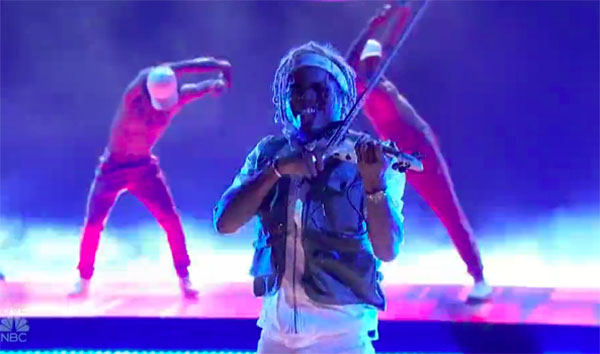 Brian King Joseph, the violinist player, and Joseph O’ Brien, singer. Even though Joseph O’Brien was eliminated, he’s a fantastic singer and songwriter. He was the total package.  He will do better. Will his crush be there? Brian King Joseph played his violin, and it was fantastic. I love classical music soundtracks played on a violin, and Brian King Joesph was astonished, and he survives to stay in the competition.

Michael Ketterer brought Simon Cowell to tears, and his performance was extraordinary. Some of the other judges were in tears too, it was very emotional, and he sang great. He was saved. 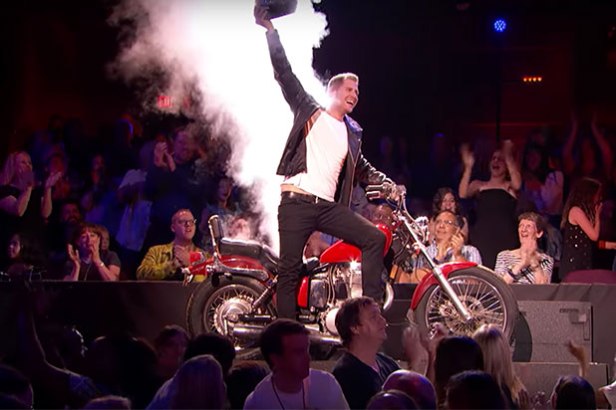 Rob Lake, made a motorcycle disappear which was great, and reappear in the audience. Unfortunately, the judges thought, the act was cheesy, maybe the judges were hungry. Why would people want to reveal how the magic was done? Magic should be entertaining to watch, that’s what magician do. It’s living for them.  If you know it, just walk away from it and watch a showgirl act next door. Just enjoy it. UDI dance disappeared, and Tyra banks’ Zurcaroh dance team was saved.

Be sure to watch  America’s Got Talent every Tuesday and Wednesday on NBC at 8 pm!