Basketball is good and rooting for your favorite team. But what about American Idol? Root for them and vote for them. The presidential debates are boring because they are repeating the same questions of what they would do as presidential and how would they fix the situation.

Soon American Idol will be gone forever. No more talented people will be discovered, they have to do it the hard way: audition and get rejected, that’s no good. American Idol has discovered many talented singers. Some of them got Grammies and working as actors on television shows such as Scorpion and Good Luck Charlie (2010 – 2014) and other prominent shows.

Simon Cowell was a great judge and that’s why we loved to watch him, his blunt positive criticism on contestants to become better singer. And he was funny with his remarks. Does that sound like Donald Trump? He’s a handful, let’s nominated Simon Cowell for President.

Simon Cowell retired from American Idol in 2010 and ever since, it is struggling to stay in the top 20. We need some shows that show case talented people and make their dream come true. 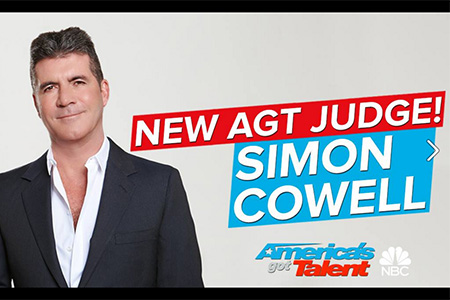 Simon Cowell has another gig this summer; he will co-judge America’s Got Talent this summer of 2016, which will be interesting to watch.