I have just seen San Andreas, the earthquake movie starring the Rock, Dwayne Johnson. How would I describe it? It could be the next ride in Disney Land. It was supposed to be for 3D screens, but for normal screens too. The action sequence and CGI were awesome amazing and it looked real. I hope this film get’s nominated for an Oscar, for outstanding visual effects. Without them, it will look like someone shaking the table and a fake wall would come down. The 3D effects were implied in the film. The action was coming at you. The debris and total destruction was all over. Massive. And who comes and save the “The Rock” his daughter is not that bad at all. She almost died. I cried. Did you cried too? I need her.

Here are some facts about California Earthquakes

1680 Coachella Valley earthquake: This obscure quake is of interest to scientists because of its location – the southern end of the San Andreas Fault. The epicenter was believed to be somewhere between Indio and Palm Springs in Riverside County. This is the last known major quake of the largest, most dangerous fault line in the state of California. The magnitude was estimated to be about a 7.7.

1857 Fort Tejon earthquake: About 217 miles (349 km) were ruptured in central and southern California. Though it is known as the Fort Tejon earthquake, the epicenter is thought to have been located far to the north, just south of Parkfield. Two deaths were reported. The magnitude was about 7.9.

1906 San Francisco earthquake: About 267 miles (430 km) were ruptured in Northern California. The epicenter was near San Francisco. At least 3000 people died in the earthquake and subsequent fires. The magnitude was estimated to be 7.8.

1989 Loma Prieta earthquake: About 25 miles (40 km) were ruptured (although the rupture did not reach the surface) near Santa Cruz, California, causing 63 deaths and moderate damage in certain vulnerable locations in the San Francisco Bay Area. Moment magnitude was about 6.9. The earthquake also postponed Game 3 of the 1989 World Series at Candlestick Park. This quake occurred on October 17, 1989, at approximately 5:04 P.M. PDT.

2004 Parkfield earthquake: On September 28, 2004, at 10:15 A.M. PDT, a magnitude 6.0 earthquake struck the Parkfield area. It was felt across the state, including the San Francisco Bay Area.

How can we survival an Earthquake, like the pervious one that happen in Nepal in April 2015.

Here are some ways one survive a natural disasters.

By the way and we hear this many times and people still don’t understand. Don’t look at your text messages when driving your vehicle just be safe to your destination! Ugh!

Alexandra Daddario is an American actress and model best known for playing Annabeth Chase in the Percy Jackson film series. She also appeared in films like Texas Chainsaw 3D, Hall Pass and the disaster film San Andreas. She also has guest-starred in TV shows including White Collar, It’s Always Sunny in Philadelphia, and appeared in the first season of True Detective. 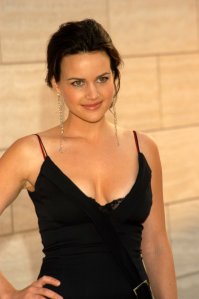 Carla Gugino is an American actress. She is known for her roles as Ingrid Cortez in the Spy Kids film trilogy, Sally Jupiter in Watchmen (2009), Dr. Vera Gorski in Sucker Punch (2011), and as the lead characters of the television series Karen Sisco and Threshold. Her feature film work includes starring roles in Son in Law (1993), Night at the Museum (2006), American Gangster (2007), Race to Witch Mountain (2009), Mr. Popper’s Penguins (2011) and San Andreas (2015). Gugino has had lead roles in the television miniseries Political Animals (2010) and Wayward Pines (2015) on FOX network playing now. 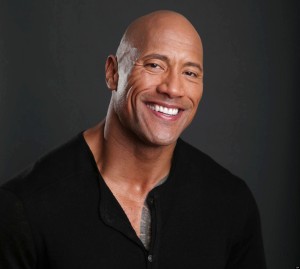 .Dwayne Johnson’s first leading film role was in The Scorpion King in 2002. For this role, he was paid US $5.5 million, a world record for an actor in his first starring role. He has since appeared in several films, including The Rundown, The Game Plan, Get Smart, The Other Guys and Faster. As an actor, he is perhaps best known for his portrayals of Luke Hobbs in The Fast and the Furious franchise. He also hosted and produced The Hero, a reality competition series.

Also, did you know there’s a 14 year age difference between Dwayne Johnson and Alexandra Daddario? He’s older than her.

2 thoughts on “San Andreas vs The Rock”

Follow Sillykhan's Blog on WordPress.com
Happy New YearJanuary 1st, 2020
Happy New Year 2020 What you did last year Don't do it this year
%d bloggers like this: