When I saw this movie on the screen, The Conjuring is scaring up the box office and the gross sales are pretty good for a R-rated movie. The Conjuring is in the top 5, not bad for a horror movie during the summer months.

In 1971, a couple, Carolyn and Roger Perron, move into a dilapidated, old farmhouse in Harrisville, Rhode Island with their five daughters. The move goes smoothly except for the dog, who refuses to come into the house, that will tell that something is not right with the dog. It probably ate something bad.  The children play a game called Hide & Clap; while playing, one of the daughters finds the boarded up entrance to a cellar. Roger enters the basement with a match to look around. Afterward, the family go to bed. What goes bump into the night will get you scare when your house started to creek in the middle of the night. Well it’s creepy.

James Wan, the director of the movie, from the Saw and Insidious, has made his best film to date with this solid horror film that hearkens back to the ones best remembered from his childhood. He remembers watching horrors such as The Amityville Horror, The Exorcist, The Haunting, and Poltergeist. These films are the scariest movies ever made and they were big box office hits on the movie screens.

Vera Farmiga gained critical acclaim following her work in the 2009 comedy-drama Up in the Air, with George Clooney. She was nominated for an Academy Award, a BAFTA Award, a Golden Globe Award, and a Screen Actors Guild Award. She also starred as Kate Coleman in Orphan in 2009.  As of 2013, she stars as Norma Louise Bates in the A&E TV series, Bates Motel. She plays Lorraine Warren. The real Lorraine Warren made cameo in the film. She was one of the students listening to Patrick Wilson explaining demons. 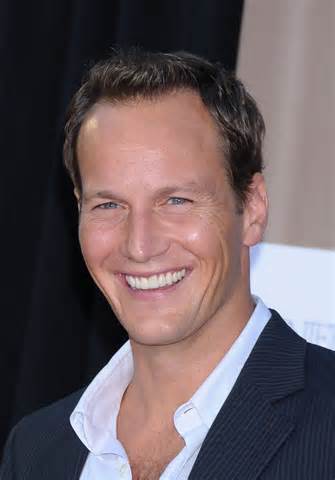 Edward “Ed” Warren Miney (Patrick Wilson) and Lorraine Rita Warren, were American paranormal investigators and authors associated with prominent cases of haunting. Edward was a World War II US Navy veteran and former police officer who became a noted demonologist, author, and lecturer. His wife Lorraine was a professed clairvoyant and a light trance medium who worked closely with her husband. She documented the case when the hauntings happen back Rhode Island in 1971.

Patrick Joseph Wilson is an American actor and singer. Wilson has spent years singing lead roles in major Broadway musicals, beginning in 1996. In 2003, he appeared in the HBO mini-series Angels in America. Wilson has appeared in feature films such as, Watchmen, The A-Team, The Ledge, and Insidious. He starred in the CBS drama A Gifted Man, which premiered in 2011. Wilson was born in Norfolk, Virginia. He is the son of Mary Kay Wilson, a voice teacher and professional singer, and John Wilson, a news anchor for WTVT in Tampa, Florida. Wilson’s brother, Mark, also works as a news anchor and reporter for WTVT.

Lili Anne Taylor, actress notable for her appearances in such award-winning indie films as Mystic Pizza, Say Anything…, Short Cuts and I Shot Andy Warhol,  The Haunting and the acclaimed TV show Six Feet Under.

Ronald Joseph “Ron” Livingston  is an American film and television actor. His roles include disaffected corporate employee Peter Gibbons in the film Office Space, sardonic writer Jack Berger in a short-term relationship with Carrie Bradshaw in the TV show Sex and the City.  Captain Lewis Nixon in the miniseries Band of Brothers.  In 2006, he starred as FBI negotiator Matt Flannery in the Fox series Standoff, co-starring Rosemarie DeWitt also his wife.  He also starred in The Odd Life of Timothy Green (2012)

The story happened in Rhode Island, but it was filmed around in Willington, NC. Filming also took place at the University of North Carolina Wilmington in March 2012 while the campus was on its spring break.  Most of filming concluded in Screen Gems studios in Wilmington, NC.

Cast and crew experienced strange events during filming, such as scratches appearing on Farmiga’s computer after signing on for the film, people inexplicably waking up between 3 and 4 AM (the “witching hour”), and the real-life Carolyn Perron falling and breaking her hip while her family was visiting the set. Is the set haunted by spirits?

3 thoughts on “The Conjuring”