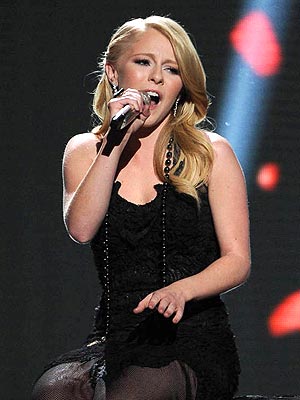 Hollie Cavanagh did not win American Idol, but she was in the Top 4 and now the new Top 3, and eventually she will be in the American Idol summer tour this summer. Her fellow competitor and good friends Joshua Ledet who cried as Cavanagh performed her favorite song “The Climb” after the results were announced.

“I saw him crying, and he was like, ‘I love you. I love you,’ ” Cavanagh tells the reporter “I was like, I know. I don’t know why that boy is crying. I’m gonna see him in a few days. Stop crying!”

When she finished singing her song, she hugged Joshua and told him that she would be fine and okay. And they can’t complain while you are in the top four.  Hollie is really happy that she made in the Top 4 and the journey. She made it through American Idol.