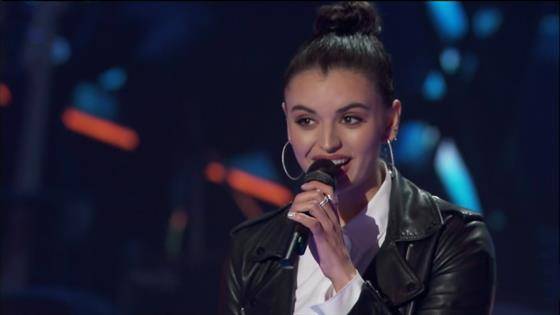 As Rebecca Black trends on twitter and gets over 2 million YouTube views on her new music video, everyone is looking for Friday lyrics and wondering whether she will be the next singing sensation. Her singing is kind of good, but the music video and the music is kind of catchy.

Rebecca  Black is a fun, loving, 13 year old. She loves to sing, dance and act, and she is always looking to try something new. Now in 8th grade, she landed the lead role in her school musical, Oklahoma!  She started dance classes when she was three years old and has continued studying dance since. She studied Jazz, Ballet, Hip Hop, and Tap. She starred in a local commercial when she was 7 for the building toy Puzzlecraft. She participated in a patriotic performing group. Performing at over 50 locations including singing the Star Spangled Banner at the Angels Stadium. At age 11, she signed with a modeling management company. She started vocal lessons at 10 years old, and she’s continued with it ever since. Singing is her passion, and it’s what she loves to do.  In the summers of 2008 and 2009, she participated in a musical theatre summer camp. When she started going to her local public school, she immediately auditioned for musical theatre, and now succeeds with flying colors. She starred in the school’s rendition of Guys and Dolls, and their variety shows such as Showtime America, Broadway, USA, and Star Search. This past summer, she visited New York and participated in various workshops with cast members of West Side Story, Memphis, and In the Heights.

If she can come on the Ellen DeGeneres and prove that she can really sing and sing the title song of her cover song, then she’s a star.

Just watch it yourself. It’s kind of catchy.

All grown up, and she is in her 20s. She looked beautiful.

One thought on “One Hit Wonder Rebecca Black – Friday”