America’s Got Talent got the highest number of votes on Tuesday night after their performance.

The contestants who are going home were Kaden Bart Rocket and his sister Brooklyn, the kid magicians. They were great, they made their homeroom class reappeared on stage and their teacher too, that was incredible. Unfortunately, they were not saved, but their future will be big in the magic world and they will find and work and performed with idols.

The Passing Zone did not kill Simon Cowell with their juggling act with their pins of fire and a pitch fork! That was incredible and hilarious to watch. Simon facial reaction was hilarious they should have put tape on his face! More hilarious.

Kadie Lynn Robinson was the favorite to win America’s got talent, but she will do great the country pop music genre and work with her Idols.

Calysta Bevier was Simon’s Golden Buzzer moment; she was a great performer but she will do great in the music world.

Other acts who are going home was Jayna Brown, she will do great in the music world too.

Simon Cowell had his first kiss at age 9, in his garden. What was he kissing a cucumber?

Mel B stole toilet paper from Nelson Mandela’s house. Did she used it? Or kept? She needed because she was on Bear Grylls Adventure series on NBC.  Bear Grylls got stung by Jelly Fish and needed her to pee on his wound to stopped the pain. Bonding time and it did work!

Howie Mandel was expelled from high school when he dropped a chocolate bar in a pool and the students thought it was poop, so Howie jumped in the pool grab the chocolate and ate it. Hilarious. He was a prankster.

Heidi Klum roasted boogers on toothpicks and ate them, it must have been a model’s diet back then. I bet it taste better with ketchup.

Howie Mandel wore a bikini to celebrate 50 years of Sports Illustrated Swimsuit Issue. I have a copy. I used it to chase the hornets away from the house. I used the same copy last year when I scared a group of children for Halloween. It worked! They dropped their candy at my porch and I used it for the next group of children who came for candy. I was out of candy.

They were Sofie Dossi, Steven Brundage and Viktor Kee.

Sofie Dossi was save.

Then it was down to two: Steven Brundage and Victor Kee.

Heidi can’t decide and refuses to pick one contestant, the judges have to pick one that’s the rule of the game. So she picks Viktor Kee.

It was tie! Nick Cannon revealed what the TV audience picked, it was Viktor.

Other acts who were saved are: 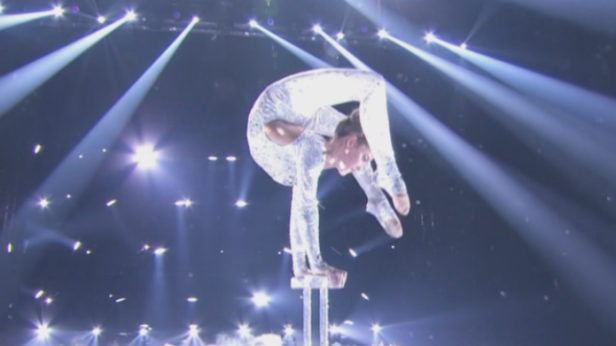 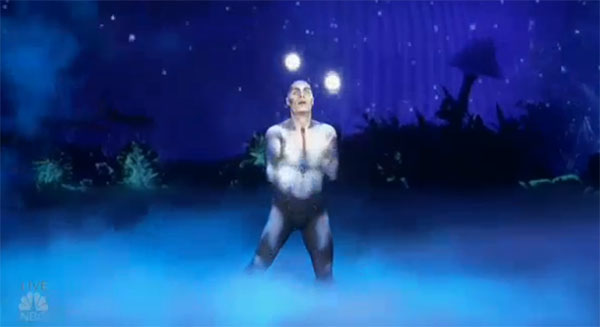 And now we are down to ten and they are

For next week we have to vote at the end of the show too see who will win America’s Got Talent the finale.

Next week on America’s Got Talent Tuesday and Wednesday. Don’t forget to watch and vote for your favorites!

One thought on “America’s Got Talent: Your Favorites Are Gone”