Did you watch the Oscars the other night? OMG what happened? 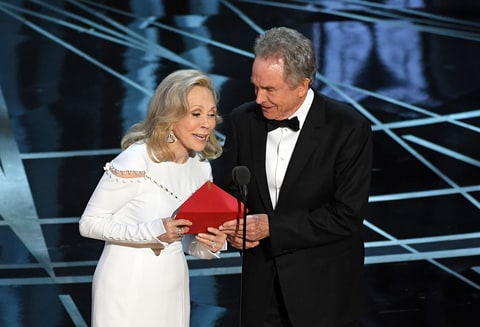 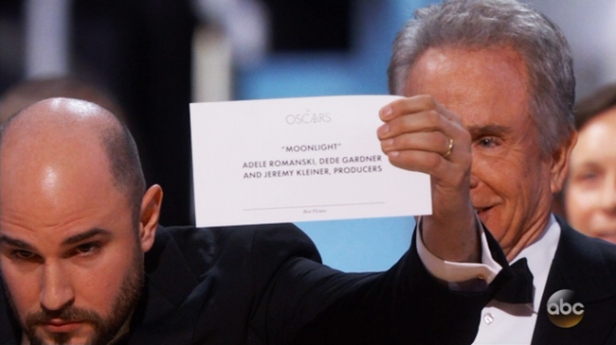 What happened was Warren Beatty and Faye Dunaway, better known as Bonnie and Clyde from the 1967 movie was supposed to announce the best picture for 2017. Apparently, they got the wrong envelope, he did pause for the moment, he could have paused for more asked for the right envelope and presented the right winner, but she blurted out “La La Land”, which did not win it was “Moonlight,” I prefer La La land.

La La Land won 6 out of 14 Oscars, and they were best director, actress, production design, cinematography, score and original song.

Moonlight, tells a story of a black man by following him through the episodes: as a young boy, as a teenager, and as an adult. 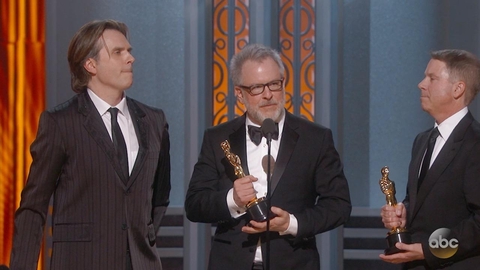 The Visual Effects went to The Jungle Book, which beat out Star Wars: The Rogue One, in which they recreated dead actors and made Carrie Fisher younger again. I agree in which it went to the Jungle Book, the visual effects of the Jungle Book were incredible and very creative and complexity of creating animals to interact with humans and making them talk with CGI. Jon Favreau who directed Iron Man directed The Jungle Book. 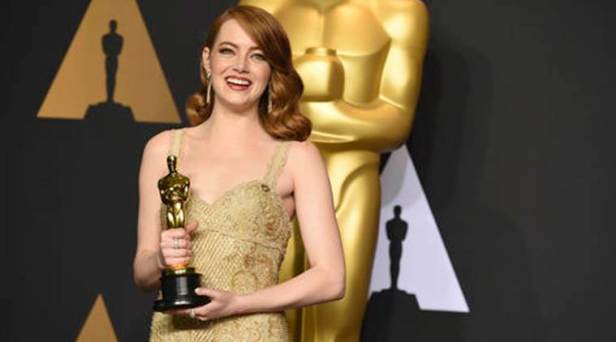 Emma Stone won for best performance by an actress in a leading role for La La Land. Ryan Gosling did not win for leading man it was Casey Affleck for Manchester By the Sea, produced by Matt Damon. 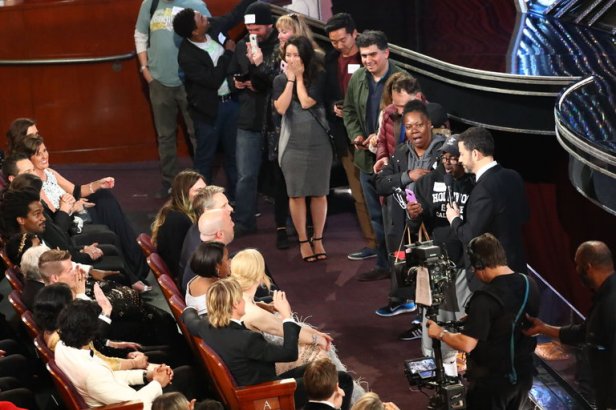 Jimmy Kimmel was a great host for the show, I hope he comes back.  Jimmy Kimmel surprises a group of tourist who was on the tour bus to see celebrities houses, but it took a detour to the Oscar ceremony and saw real celebrities, and took a selfie with them. 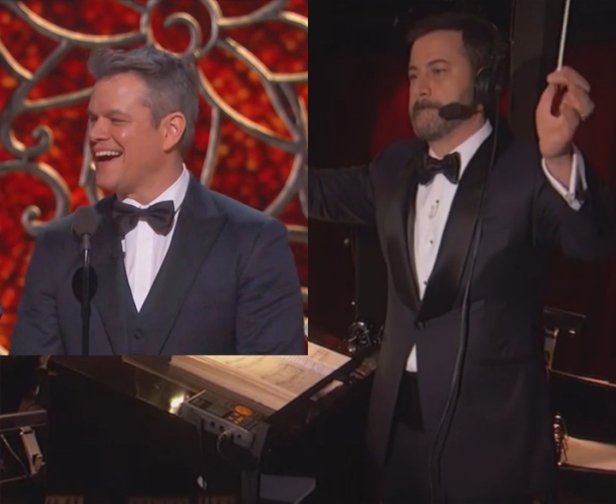 When Matt Damon was presenting with Ben Affleck, the music was getting louder and louder and find out that Jimmy Kimmel was conducting the orchestra.

In the Memoriam section, they put the wrong picture with the deceased name, in other words, she’s alive. The lady on the left is alive. 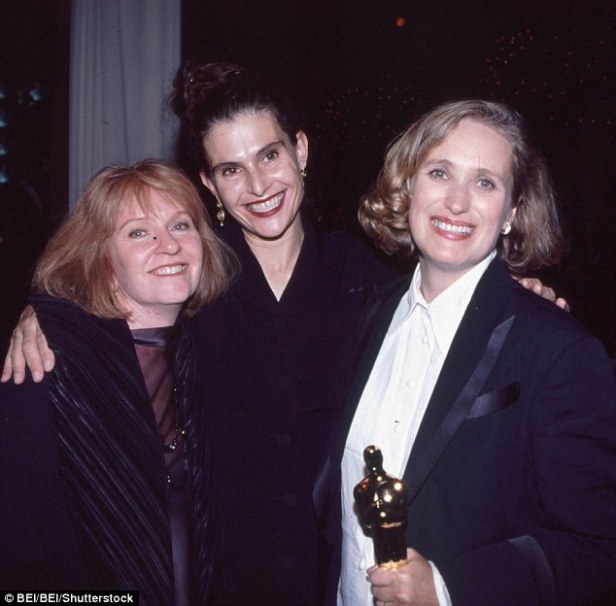 The two ladies worked together on 1993’s The Piano, alongside director Jane Campion. Pictured (from left): Jan Chapman, Janet Patterson (the Center, she died), Jane Campion. 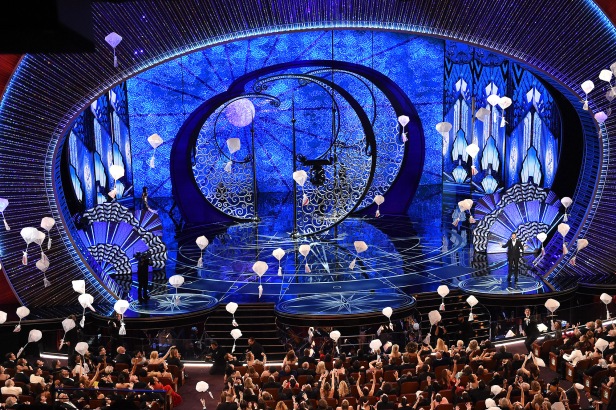 Since the actors were getting hungry, Jimmy drop balloons of food, arranging from candies to donuts.

And he got one, I hope this helps with all the medical bills, he has broken more bones and been to many rehabs to get his strength back for he can fight again. Jackie, please use a stunt guy. 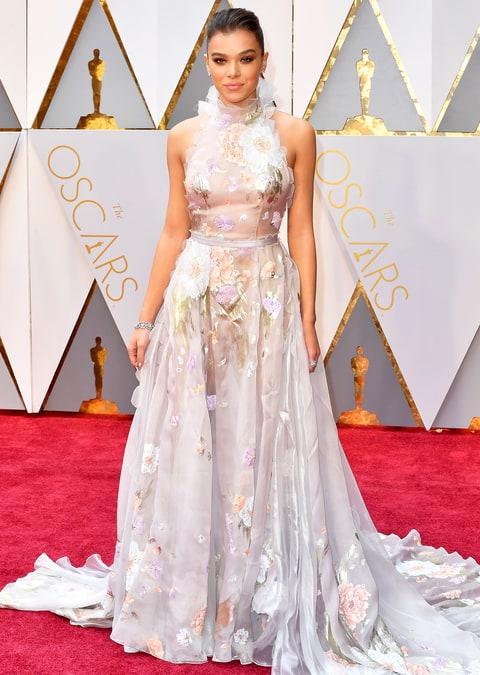